The National Association of Digital Broadcasters (NAdB) is proud to welcome its newest member station, WKCR-DB Radio of Chicago, Illinois. 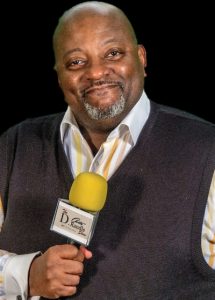 WKCR-DB is operated by OuterDrive Media of Chicago, under the direction of Delano C. Randle, Sr.

Mr. Randle also hosts the morning program on the station, which features “The Praise Posse” and plays Gospel favorites live each weekday morning at 7 AM (Central time) from the UBM Faith studios of Urban Broadcast Media in Chicago’s Bronzeville neighborhood, widely recognized as the birthplace of Gospel music.

The station, which proudly proclaims “This Ain’t Your Grandma’s Gospel Station,” may also be heard via the TuneIn app. Other personalities heard on WKCR-DB include Sheryl Underwood, Cedric Bailey, Ace Alexander and FunkyO.

Is your station a member of The NAdb? If not, join today! Click here to learn more…